Hit Counter
MastishK
. . . and the minds behind it


"With the possible exception of the equator, everything begins somewhere....this blog began on 23rd August 2004".
This blog is a saga . . . The saga of an idea transforming into an event ! If you are visiting for the first time, it would be advisable to start from the first post... you will have to go to the archives for that.
Tuesday, January 18, 2011
Anyone wanna have Chatpate Snakes??
Seen at the Food Court of the Indian Pavilion of Global Village in Dubai ... 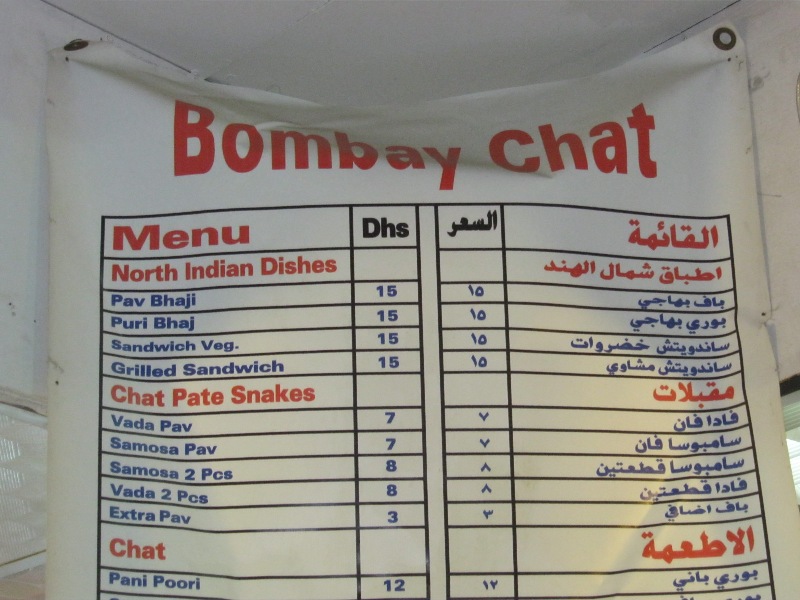 Saturday, July 30, 2005
We are back
Its been long since I last posted...So whats happening in mastishk?????A lots actually.....all the game coordinators have completed their conceptualisation ....training has been given to the junior team.....and the 'M' word that I hate Marketing......the team of saadhu,mandar and hemi are burning the midnight oil to get the necessary moolah and numbers...the junior team...well it is a good mix of ppl who r born and brought up in IT and ppl for whom shutting down the computer means switching off the main switch.....but one thing is common between all 33(that's the team strength) of us..........the burning PASSION to make mastishk a stupendous success.....the gears have shifted...the adrenalin is pumpling.....the butterflies have taken their place in our stomachs...Mastishk 2005 here we come

Sunday, February 27, 2005
Mastishk '05......The start of a journey
Well....when Aswin sent the invite to join the blog......I was whiling away my time listen to some good old Hindi film music.......And finding the invite in my mailbox, thought let me try my hand at this....before I go and find out, who has done the assignments, we need to submit tomorrow :)

I'm Jagandeep alias Jagan as my friends call me, the Creative Coordinator for Mastishk -05 and also the brains behind "Venture into Capitalism" (watch out for what it is:))).......As far as Mastishk-05 is concerned.......we have an envious task at hand; Mastishk-04 was a huge success and we plan to go one better in '05........The blog may have been dormant for a little while but the team wasn't and the ECs and the Marketing Team and the GCs (Game Coordinators) have all been working to create something which we and the Management community at NITIE can be proud of.

I've spent quite some time on this and its better I find out someone now......so that I'm able to submit the assignments tomorrow. Before I leave, I promise that I'll be back pretty regulalrly till M'05, with the anecdotes, stories and also some status updates on where we are heading.....

Hoping to see your comments and ideas for Mastishk'05. ¶ posted by Jagandeep Singh @ 8:17 PM 1 comments

The end and the beginning
It's a lazy sunday afternoon when I sit down to write the first blog of my life. Who am I? What am I doing here. To know more read on.
I am Aswin known as GAS to all my friends not because I give too much of global gyan(really??) but because of my initials(G.ASwin). So what is it that made me write this blog. I was a part of an event which transgressed all expectations and became such a huge success which even we didn't imagine was possible when it all began. Yes I am talking about Mastishk. What a journey it was.....from the moment Nikhil gave the presentation abt the online games event then called POT to the final courier which we posted to the prize winners. many sleepless nights, hours and hours of sitting in front of the computer, discussing(shld I say fighting) abt all the logical and technical issues that cropped up, that super slog which we did after the end of the first day... man those are the unforgettable moments of my NITIE life till now.That was the first time i was a part of something so succesful and acclaimed by one and all from the students in IIMA to a BSchool which has jus finished its first year. When we saw a college giving advertisements by saying one of their students won a prize in Mastishk that too in my game I felt like.....yaar I cant describe that feeling in words.
So what has happened to mastishk now? Why this blog has suddenly stopped functioning....Hmmm we were in a sort of Hibernation mode putting things in place for the next year's event to be a bigger and better one than the maiden attempt. Suraj,Anirban and yours truly have been selected as the event coordinators of Mastishk 2005 and the unenvious job of making it a success lies on our whole team of 15 members and the junior batch which will come in during the month of june.....So what has happened till now in Mastishk 2005? Wait for the next blog ¶ posted by Aswin @ 12:17 PM 1 comments

Then came Prerana ... the Flagship event of PGDIM, NITIE
and we all got busy with that ....

Now all that is done .... the only task remaining is the dispatching of prizes .... work in progress on that too .... hope to get that done in the next few days .... dussehra ... weekend ... other institute competitions ... have kept us busy ... and so the p[rocessing slowed down ... i hope the processing is done b4 diwali or else a lot more delay will be introduced ....

17,500 Hits on the MastishK website
2.500 Registrations
Paricipation from B schools across the country ....
.... some from international schools too .....
Participation from over 25 countries
Participants from more than 50 Corporate offices

you might feel it is too early to start .... but the matter is not so simple ...

We (senior batch) are there in the campus for another 3/4 months only ...

I will have to ensure that there is complete Knowledge Transfer about MastishK before we leave campus . . . or else they will have to re-invent the wheel and start from scratch ...

Maybe somewhere in the very near future ... as soon as the prizes are dispatched and we can relax a bit ... after a short break ... i will have to start putting MastishK 2005 Team in place .... will have to pass on the Torch to new bearers ....

Right now ... I am trying to figure out how will I be going about this Knowledge Transfer and Knowledge Management thing .... hope to do the best of it ....

Hey guys .... you have any ideas .... let me know ....
send your feedback / sugestions / ideas regarding the above KT/KM to hemantkumarjain@gmail.com

Thursday, October 14, 2004
Everything that has a beginning has an end!
Well Friends ..
Its 6.00 Am, 14th October and I have just dispatched the Mastishk Conclusion mail to all participants. . . .MastishK 2004 is formally over. So many sleepless nights (including today’s) and so many tireless days – the effort has been worth it. Lots and lots of appreciation, feedback and lots of interaction; MastishK has become a phenomenon in the very first year of its inception.
I would like to post some learning that I have got from Mastishk:
First and foremost – nothing succeeds like success.
Second – attitude matters; aptitude is but a corollary
Third – If you feel you are correct, never shy away from trying; the world will follow you
Fourth – When you develop an offering, always try to understand how useful it will be for its users
Fifth (which is also our motto) – If you refuse to accept anything but the best, you very often get it.

These are pretty general learnings; well I will post more in the coming days about a lot more details and their effects. For now its Adieu
¶ posted by Nikhil Kulkarni @ 5:48 AM 1 comments

Hey ppl,
Me neither a member of mastishk team nor Prerana, but I came on this blog just to congratulate the entire team behind this awesome conceptualization of the idea of
“India's First Ever Fully and Truly Online B School Event of Management Games !"…..
as shoonya puts it….. So true!!
I’ve always been a regular visitor of all the blogs written in my campus and so I pretty well know the kind of emotional and physical turmoil this team has underwent. Well I don’t think I’ve contributed anything for “MASTISHK” ever. But everytime I visit the site I feel proud of being associated with it, one way or other.
One of the profs, today, in a class pointed out the fact that we, humans can’t be happy about someone else’s achievements. I fully agree that its difficult. But then when I realize the magnitude of hard work my batch mates, along with juniors, have invested into this, I cant feel anything but happy for them.
I am sure these are the kinda people who achieve success in life, because to be successful, I believe, u need 3D’s in urself……. dreams , determination and dedication …
And “mastishk” holds it all for them.
Good work guys !!!
Keep it up.
Me as a NITIEAN congratulate u all !!!

In the past several days ... a lot of things have happened ...exams started ... site launched .... exams over .... games launched ....last minute hurdles and technology problems ..... regualr updation of games and pages .... keeping track of all the games deadlines and data flow. Announcing results for the daily quiz , crossword and Khoj. Launching a new strip of Arbit chaoudhury everyday. Updating the Downloads section of MastishK Informalzz with a minimum of 3 new wallpapers daily. whew !! so many and many more ..... i m not even aware of the total number of things we are handling simultaneously.

We have one big helluva team.
Everyone is contributing their bit ... and the 'bit' is more than 100% of their capacity.

I would like to share with you the most significant achievement of MastishK ; being
India's First Ever Fully and Truly Online B School Event of Management Games !

The thing was that earlier competitions and events were organised and the communication of the same was through posters and website. These events were dominantly On-the-grounds events or simply off-line (Case Studies etc.). In case of elimination rounds , entries were submitted by email.

Then came a time when some events tried to go online but they accepted most of the entries by email/post etc. thus losing out on the 'online' part of the game.

Our vision was to launch India's First Truly Online Event.

This vision of going completely Online met with a lot of sceptism from both inside and outside the institute.

We were told ... It cannot be done so it is not being done by the Big B's
We said .... It was now our turn to become a big B and do it so that others cud do it too.

We were told ... You don't have technical expertise.
We said ... we have a great teacher called "Google"

We were told ... You will need a good enough website for the Event.
We said ... Just Good Enough !! Sorry ... we won't deliver anything less than "Excellent" !

The MastishK Hit Counters have crossed 12,000 Hits
Averaging about 1000 hits per day ...
MastishK site being viewed in 24+ Countries
Corporate Participants from over 50 corporates.

Truly speaking ....
We had great expectation from MastishK and even imagined some unimaginable things about it. But the Reality has surpassed all expectations & imaginations.

For a first timer ... the response is both great and overwhelming.
I would like to thank ALL the visitors and participants of MastishK.
Your response is the greaatest appreciation for the entire Team MastishK.

You can send in your comments at
prerana.mastishk@nitie.edu and/or mastishk@gmail.com